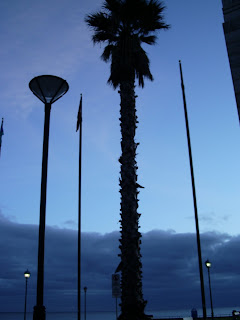 I watched this film because Mehta lists Weir as another one of her contemporary filmmaking influences. Made in 1982, before his more famous Hollywood productions of Dead Poet's Society, The Truman Show and Master and Commander, this film is alive with the rigours of overseas political journalism and the reprieve of unexpected relationships that I can see on the ABC's Foreign Correspondent even today. It was also comforting to see Mel Gibson in his pre-What Women Want and The Passion of the Christ days. As Guy Hamilton, a novice Australian journalist operating during the Sukarno era in Indonesian history, his character combines an idealism and opportunism that not many 'heroes' can pull off. His love interest, Sigourney Weaver, a British Embassy official, is also impressive in her amalgamation of feminine charm and astute emotional intelligence. But it is no surprise that Billy Kwan, a Chinese-Australian dwarf played by Linda Hunter won an Academy Award for her role. My post-colonial brain couldn't help but appreciate the effortless hybridity (and mariginalisation) of this quirky wo/man.
Posted by Sukhmani Khorana at 13:18