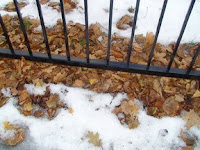 Secure in the routine, in the everydayness of it and the mundane domesticity it brings forth, she has forgotten how to create. She browses through catalogues and her sense of art is becoming ominously kitschy. When she picks up the camera, it is the social and familial she wants to capture, not the personal and political. Does she need to travel again? Or just find a place inside where she can get lost?
Posted by Sukhmani Khorana at 18:59 2 comments:

Today, The Age has a story titled ‘Extremists drive out India’s rising tennis star’. This reminds me of what was happening with Mehta in Varanasi several years ago, and has often been the fate that has befallen westernised/privileged/elite Indians like Rushdie and others. Perhaps Mirza’s story is complicated by the fact that she is a ‘Muslim woman’. But should it be? Why has she chosen not to play in her own country? Surely, that would be every sportsperson’s dream.

Would it be a leap to suggest that screening/shooting in India would be Mehta’s dream (and perhaps mine too)? Then why the fear(s)? While it is all too easy to brand India as a land of religious extremism, it is harder to remember that it is the same country that has produced people like Mehta and Mirza. Theoretically speaking, the post-colonial reality of contemporary India lies somewhere between the ‘indigenous’ and the ‘western’ models, and perhaps is complex enough to encompass these apparent anomalies. With such seemingly contradictory realities co-existing, it would be naïve to brand the nation as either a land or rising fundamentalism, or a rising economic superpower. Perhaps the heterogeneity of the country is a call for intellectuals to re-think post-colonial theory in a way that it considers power relations that operate within a nation, between natives and diasporic citizens, between the diaspora and host societies, as well as taking into account changing global dynamics where the dominance of the erstwhile powerful nations is being threatened by the new cultural and economic might of China, India and other ‘emerging’ societies. With all these radical inclusions, should post-colonial theory even be called that? Maybe all it needs is a transnational dimension (while remaining specific to contexts). Can transnational post-colonial theory be exemplified by a Deepa Mehta film?
Posted by Sukhmani Khorana at 17:18 No comments: 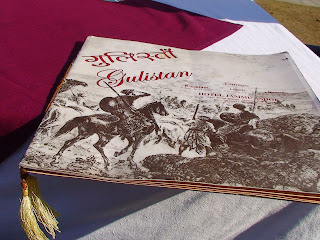 Some things were given. Others were more given.
Maybe she had the same heart. It was a more-than-given. But she wanted to change its rhythm. Make it beat to a new desire, a new year, a new dream. She will be a girl. Adjectives will be welcome. And there will be no hiding from tears. Because they ring true...
Posted by Sukhmani Khorana at 17:18 No comments: