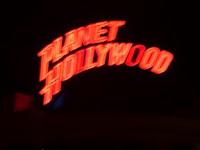 When I first saw this Deepa Mehta 'comedy' as an Indian native, I found it kitschy and far-removed from my largely urban and privileged understanding of Indian culture. I couldn't imagine why NRIs (Non-Resident Indians) would worship at the altar of commercial Bollywood cinema, considered uncool amongst us pseudo-Oxbridge types with colonial hangovers. However, watching it now as a diasporic Indian entity, and as a Deepa Mehta researcher, I see the film as a parody of both Hollywood and Bollywood conventions (of both content and form), and as a mediated, albeit gripping representation of transnational Indianness. Some of the characters, notably all first-generation migrants, like the sobbing widow mother, the nostalgic Punjabi mechanic, and the Shakespearean grandmother seem to be lifted from Bollywood formula musicals, but on closer examination, they are simply exaggerations that entertain. At the same time, the second-generation characters, like the girl next door turned prostitute, the dutiful son in love with a white woman, and the rich ethnic boy who is bullied at school are bound to strike a more emotional chord with viewers in the vast South Asian diaspora.
Posted by Sukhmani Khorana at 22:53 No comments: 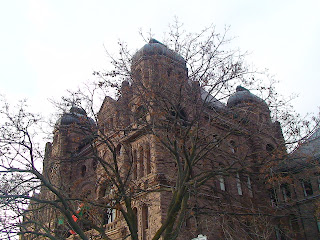 Shrouded in the whiteness of winter
The city that now seems afar
Yet closeby
Because it is not my memory
But the silhouette of it
Like a bygone self
On vacation in a distant land
Revelling in its novelty
In the dew-like newness
That makes every day glisten
With hope
Which is sought by the current self
In the city of now
Of an approaching winter
And a tender core
Growing stronger in its fragility.
Posted by Sukhmani Khorana at 22:21 No comments: 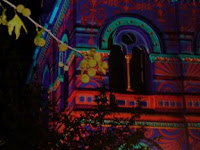 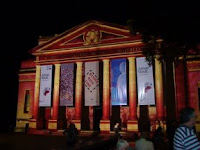 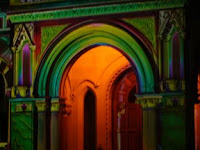 Posted by Sukhmani Khorana at 17:33 2 comments: 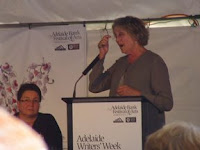 I went to see her at the 2008 Adelaide Writer's Week on a hot March afternoon. As I sat on the bus to go to the Pioneer Women's Memorial Gardens in the city, the venue for Greer and other writerly speakers, I pondered over the coincidental occurrence of my menstrual cramps with a speech that was very likely to have strong feminist overtones. I realised that I have recently become uncomfortable with the 'feminist' tag, and hold Barack Obama, Hanif Kureishi and Sam de Brito (a blogger for The Age) responsible for my growing modern-male empathy. Why was I, then, going to pay my 'homage' to Greer when it would have been more feasible (and relaxing) to have a Sunday siesta? Who was I intereted in listening to and learning from - Greer, the Steve-Irwin hater and synonym of controversy; or Greer, the author of the bestselling women's movement tome, The Female Eunuch; or Greer, the academic and polemicist? Perhaps I was/am interested in all of these facets of the well-known woman, but aware that she is not the sum of these parts; rather she is probably an icon of feminism (for better or worse) for a significant cross-section of people living in the western world. I was/am fascinated by what she represents - a legacy of struggle that women of my generation often fail to understand and appreciate.
Germaine's little speech on her new book about Shakespeare's wife, Anne Hathaway, was a hit despite the heat. I filmed the first fifteen minutes and the Q&A, holding my camera steady while battling the sun and my abdominal pains. When her opinion on the use of gender-negatives by the Church was sought by a member of the audience, she unequivocally announced, "If God exists, I'm against him". And that one-liner, somehow, clinched the deal, justified the cramps. I was now sporting the Germaine Greer Tan.
Posted by Sukhmani Khorana at 21:50 4 comments: