Men who Cook, and Women who Explore

I have usually gone out with men who are better cooks than me. This is not in any way a reflection on my culinary skills (which are competent, by the way). Rather, early in my self-formation as a feminist, I begun to conflate care work with practices such as cooking. Therefore, a partner with domestic inclinations has always been more desirable that someone who simply 'brings home the bread' (so to speak).

During the course of my research on gender and cooking shows, I have realised that the sort of 'domestic masculinity' epitomised by cool dads like Jamie Oliver and Curtis Stone is not identical to the house-bound drudgery that women have voluntarily and involuntarily undertaken through the course of history. Researchers such as Isabelle de Solier refer to these food-oriented activities jovially carried out by the 'new lads' of culinary television as 'productive leisure'. This is by no means a suggestion that men in middle class contexts in the Global North don't participate in less glamorous household tasks such as washing and cleaning. However, in the realm of food growing, procurement, and preparation, men (and some women) can now afford to be leisurely, innovative, and even artisanal. There is also, of course, a long tradition of associating men with meat (now manifested in the suburban bloke 'manning' the barbecue), while women are seen as more likely to want to make pretty desserts. And then there is the notion that men have the knowledge and skills, and can therefore cook if needed or in the case of a special event, while the daily task of feeding the family largely falls on women. 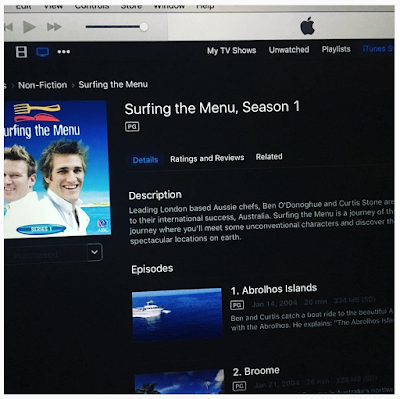 Add to this the vast numbers of men and women who have been brought up in families where, for a range of cultural or institutions reasons, the fathers never raised a spatula over a stove. I think you have probably guessed why I make such a fuss about men who cook, even though there are a myriad ways of showing care and practicing equality.

Coming back to television cooks and chefs though, they have also tended towards male explorers in exotic locations, while their female counterparts bake carrot cakes in cosy cottages, or instruct daytime audiences on what to do with leftovers and pantry items. This has undoubtedly begun to shift with the arrival of programs like MasterChef Australia, Food Safari, Poh and Co, and the almost culinary show that is Annabelle Crabb's Kitchen Cabinet.What I am unsure of, however, is whether the proficient female cooks and presenters on these programs are simply mimicking the male explorer (and harking back to our colonial baggage), or if there are re-inventing culinary and colonial exploration altogether. Perhaps this is a mere shift of format expected by modern narrowcast audiences, and male television cooks are joining new exploratory mode and moment too.

I will be looking closely at a season each of Italian Food Safari (presented by adventurous mum-next-door Maeve O'Maera) and Surfing the Menu (with cosmopolitan yet Aussie beach boy chefs Curtis and Bender) to figure this out!
Posted by Sukhmani Khorana at 20:14 No comments: