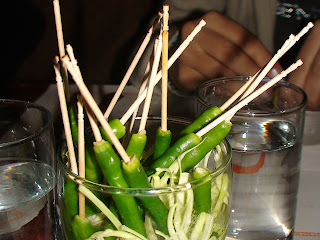 During a recent visit to a 'continental' restaurant in the North Indian city of Amritsar, I was amazed to discover a novel way of offering toothpicks - by poking them into green chillies. Until I was informed by my uncle that this is how they served chillies. This was certainly food for thought, or hot food for acidic thought - have five years of living in Australia made me too 'western' in my perception of the world and am I, therefore, more likely to want toothpicks than chillies? Maybe it is as simple as the fact that despite having grown up in the land of spices, my gastronomic ability to appreciate anything 'hot' has always been limited.

I had a similar reaction to the heat wave of the 'racism' controversy in cricket that not only swept India and Australia, but also radiated to other parts of the world as witnessed on CNN during my two-day sojourn in Singapore. However, even though it was the peak of winter in northern India at the time, I found myself in the middle of the most heated reaction to the Harbhajan Singh-Andrew Symonds row in this part of the country. The umpteen television channels played and replayed the umpiring decisions of the Sydney Test, hunted down Singh's relatives for comment, and conducted opinion polls in a bid to invoke/represent public anger. And as I packed my bags and sat on the morning train to New Delhi from where I was to board my outward flight to Australia, I was unusually sweaty. Then there came iced coffee and former Australian captain Steve Waugh's column in an Indian newspaper putting the fiasco down to a matter of 'cultural difference'. That explained many fiascos to me - both in my personal life and in the big bad world. It was a magic phrase. But I still dreaded that I was flying to Sydney and not directly to Adelaide. Perhaps I was only worrying about how Australians would react towards me.

Sydney was calm. Adelaide was calmer still. I came to the hasty conclusion that cricket-mad and newly-moneyed, Indians had as usual made a mountain of a molehill. My friendly next-door neighbour, a 'mainstream' Australian and cricket buff, encouraged me to purchase a ticket to the Adelaide Test. He also added that given Symonds' made nothing of being abused while in India, there should not have been a repeat of the episode here. I concurred. And then it was suggested that Singh never used the word 'monkey', but instead employed the Punjabi insult 'maa ki'. Cultural difference indeed, I thought. The Indians withdrew a complaint against Brad Hogg. Peace at last? I was nonetheless beginning to feel the Adelaide summer. Sipping water at my desk, I glossed over most of the readers' comments accompanying the story on the Adelaidenow website. India won the Perth Test. Redemption for the wronged? My father told me on the phone that Indians were getting very excited about the possibility of winning in Adelaide and drawing the series. The test was a draw. Adam Gilchrist's retirement took away some of the bite from the still-pending 'race' decision. But the test series was over, and India was still here. I was relieved.

Yesterday, I bumped into the ever-dignified Sachin Tendulkar while strolling along Rundle Mall in Adelaide city. Was it a sign I should have paid more heed to my 'Indianness' while forming an opinion on Australian soil?
Yesterday, Harbhajan Singh was also cleared of race charges. But as I booted my laptop this morning and read the story in the The Australian, it struck me that the matter was bigger than cricket and politics. 'Cricket caves in to India's demands', it said. Possibly true, I thought. And then I opened The Times of India, which read - 'Australian media cry foul over Bhajji decision'. For the first time in weeks, I was saddened and not angered by the disparate readings of the situation. There was no urge for water, just a heartfelt desire to ask people at the top and those down below to let go - not just for the 'spirit of the game', but in the interests of that goodwill which is not enshrined in any national, international or cricketing constitutions. I have spent a very personally and professionally rewarding period of my life in Australia - and I cherish the independence, the friends and the surroundings it has given me. At the same time, my identity is incomplete without factoring in my Indian upbringing. Am I torn? Is the current discord breaking my heart? Probably. But I hope my healing and that of my countries is speedy and scar-free.
Posted by Sukhmani Khorana at 16:31 6 comments: 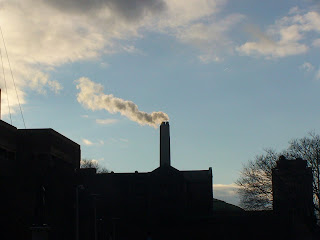 Where do we go now?
Is this going somewhere?

But we live miles apart.
So we will go wherever alone.

Unless the world shrinks.
And geography collapses
Into the void of time.

Then we will go together
To a smoky memory
That lies before and after.
Posted by Sukhmani Khorana at 18:45 No comments: 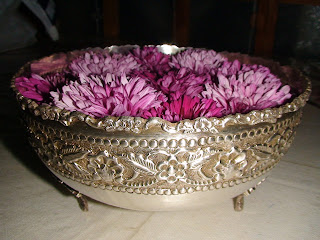 I'm tired of possibility and in dire want of the real thing. But the absence of possibility is also a dormant possibility of possibility. And its presence in the thick of things always signals bigger possibilities. Perhaps this 'bigness' and 'thickness' is what I'm after. For small pleasures in my everyday life are only creating room for greater ones. And these small joys are so fickle. They leave my heart craving for more.
My fortune for the day says: "The heart is wiser than the intellect".
Posted by Sukhmani Khorana at 21:40 1 comment: