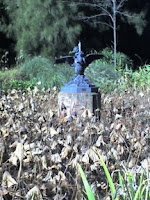 Am I 'dumbing down' this blog? Or embracing the 'chick lit' genre? Or worse still - 'adopting a religion'? I ask all these questions because I glanced upon this book in the not-so-literary 'Inspirational Fiction' section at Borders and despite years of cynicism doubly generated by a university education in the Humanities and that bittersweet pill called life experience, I picked Ashley Stockingdale's tale off the shelf. And then I sat and read 20-odd pages, too embarrassed to take it to the cash counter. But the narrative had a grip on me, like reading it at age 24 would do to me what poring over Ayn Rand did back in high school (which basically means it would change how I looked at EVERYTHING). Part of the reason I bought this book is because it has probably been a while since I had clarity regarding any life issue. Gone are the days of late-teen idealism or 21-year old youthful dreams. All that I can see through my five-year old Dolce and Gabbana glasses (which I can't wait to discard) are patterns of behaviour that need amendment before permanent doom sets in. The pickiness with regards to the opposite sex, the extreme diligence in matters pertaining to academic work, the supreme joy arising from creative pursuits - I thought I had cracked the code to happiness. Alas, not! Fear nor reader, for I'm not suicidal, or depressed, or even unhappy. I'm simply at a crossroads where previously-held beliefs have been turned on their head and a major shake-up in thought and action is required.
Similar to the story of 31-year old Ashley who, despite being a patent attorney in Silicon Valley, carrying a Prada handbag, and subscribing to the Christian faith, is SINGLE (but more importantly, dissatisfied). Hence she goes about changing her attitude and getting comfortable in her own skin as the narrative progresses. So what's new here? Haven't we all heard this advice before from well-meaning Oprahs? I think the character is endearing because of her many vulnerabilities, and her ability to laugh at herself.
Is this the key then - humour? As I turn it around in my brain/heart-shaped lock (see, I'm confused about this too), will it make a wonderful clicking sound that is the music of my future? Will it open the door to a pathway of self-belief and success? Doubts are already beginning to creep up like rust on the shiny new key. Let's go get a new one cut!
Posted by Sukhmani Khorana at 18:12 No comments: 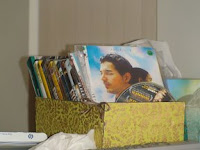 According to Wikipedia, a manifesto is a medium that is intended for communication with the whole world. Such a definition of ‘manifesto’ is in line with its political origins, but what purpose can it serve for artists?
When I met filmmaker Deepa Mehta on a film set in Toronto, she was reluctant to talk about her intended and/or real audiences, and insisted that if you didn’t write/make for yourself, there was no point in writing/making. This response conjured up for me the image of the isolated (and probably distraught) Modernist artist in his/her ivory tower. And then a cynical voice arose – somebody built the ivory tower, just as someone constructed Mehta’s set, operated her cameras, microphones and lights, acted in her films, and distributed them. Perhaps that is the moment I began to distance myself from the artistic ideal, from Mehta, from the imaginary documentary in my head, and took the first steps to being my own (albeit collaboratively forming) filmmaker.
Despite taking these steps last December, I have been struggling with decisions relating to the content and form of ‘my’ film. I recently presented a number of options for conducting filmed interviews at a postgraduate forum, and was bewildered at the multiplication of these choices by the time I was done. With the encouragement of my supervisor and close friends, I soldiered on and sent out a Facebook message to members of my self-created group, ‘Cinema Connoisseurs’, and other film aficionados, asking them a series of questions about what appealed to them about the documentary genre. I have received a few noteworthy responses, and maintain my stance on the need for ‘effective’ filmmaking to be a collaborative effort. However, what has been slightly more productive is thinking about these questions myself and reflecting on personal aesthetic and political choices. This necessitates the question – is it more useful to head back into the academic/artistic ivory tower?
After careful deliberation, my answer to the aforementioned question is an emphatic and unequivocal no. I have realized that the act of communicating my ideas, however unformed, was crucial to their evolution into something that both resonated with me, the aspiring filmmaker, and had some meaning for my potential audiences. Putting the beginnings of my thoughts into words, and transforming these words into queries that I could confidently project onto the known world became a kind of ‘creative research’ – difficult to quantify or classify, but undoubtedly contributing to the process of creation of the film.
This processual nature of creation parallels the evolution of my project and my relation to it since its commencement over a year ago. I am no longer caught up in attempting to pay a tribute to Mehta and her work through my film. Subsequent to meeting her in Canada and broadening the breadth of my research to include reviews in India, I have decided that the documentary will not merely be a response to the filmmaker herself, but a ‘poetic document’ of my own emerging filmmaking practice and the specific Indian-Australian diasporic context in which it is currently situated.
Why have I chosen to present my life and those of other Indian migrants in Adelaide when it would have been easier (in terms of academic justification) to record individual or focus group responses to Mehta’s trilogy and edit these together to create some semblance of a film in the documentary genre? Within my doctoral project, an account of a specific site of the Indian diasporic experience may not be the most obvious choice for a creative component, but it certainly resonates with the personal-political stories that artists/intellectuals in the diaspora (like Mehta) are beginning to tell to a steadily growing global audience. The question now arises – if such work is being done by Indians and non-Indians occupying the ‘displaced’ sphere, what specificity do I bring to this global narrative?
I have chosen the well-known paisley pattern as a motif for my documentary, perhaps to both signify my specificity and broadly apply its fluid curves as a trajectory of the contemporary migrant experience. What I bring to the global narrative then, is my geographical positioning in Australia (a relatively recent site for Indian student/professional migration, and my personal ‘route’ to the west), my imaginative positioning in India (in that it continues to be the primary concern of my academic work, and is the place of familial ‘roots’), and other experiences that do not neatly fit in the first-generation migrant mould. The people I interview will also highlight the similar-yet-different stories of the often-stereotyped migrant worker/student/business owner and how their identity-construction is impacted by (and in turn impacts upon) representations of them in the media of the host country, the native country, and the diaspora.
The documentary, then, will be another representation of them, albeit through the lens of someone who is in a similarly displaced position. Is this unlike Mehta’s representation of India in her elemental trilogy? Even though Fire, Earth and Water are not films about the diaspora, they are of the diaspora by virtue of the site of their conception and the dispersed nature of their consumption. Would it be a leap to suggest that they are also, in a way, representative of the diaspora? Does this mean filmmakers like Mehta and myself will always be considered ‘diasporic filmmakers’, regardless of our subject matter? Perhaps the diasporic location is ideally situated for exploiting the ‘crossover’ potential of cultural products in general, and cinematic representations in particular.
Yes, I want to cross-over as a filmmaker. I want to make back and forth trips among rather than between these points – the university, the film industry; commercial cinema, art cinema; feminism, postcolonialism; politics, poetics; India, Australia; as well as what lies beyond.
Posted by Sukhmani Khorana at 17:00 No comments: 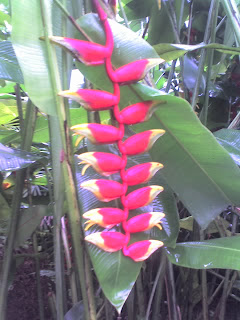 It has been a year since this blog began\A year of intense emotional, intellectual, and artistic pursuits/Pursuits that are no more intense than the meanderings of previous un-blogged years/But a record has rendered these most recent experiences indelible/And possibly reached those to whom so many things have been unsaid and unsayable\\This has been an experiment in thought and action/Although I cannot measure its success//It has enabled me to live-write-articulate the moment in the moment/And hence there may have been some cruel sayings as well others of a more vibrant hue that is borne of spontaneity\So while I have often been notified of several absences/I believe I have now notified these absences with a presence that will hopefully fill up another year/Namaste//
Posted by Sukhmani Khorana at 14:36 2 comments: