Interiority and the Elements 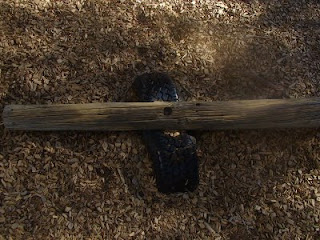 While catching up with a friend, I stumbled upon a potential solution for the content-analysis chapter of my thesis. The trouble so far has been that I want to stay away from traditional film or textual theory, while still talking about narrative through a particular lens. I have done three drafts of the chapter, with the first trying to amalgamate postcolonial and feminist concerns and project them onto a diasporic space, and the second and third spending a lot of word space on the genealogy of diaspora and why reading diasporic work calls for an organic approch. When I coined the 'organic' way of looking at film, I had just returned from a two-month sojourn in monsoon-flooded India, and was quite obsessed with the ideas of a life-like pace and fluidity in the context of representation (which is probably also why the first cut of my doco was unconventionally lingering). Looking back, it was a reaction to an overload of theory and I am now ready to give new life to this chapter.
What is this new life? I will not repress it under new age nomenclature and call it 'organic', but there is a particular kind of spatial and temporal composition in all three films of Mehta's trilogy that plays on binary oppositions like interior and exterior, light and shade, colour and austerity, poverty and wealth etc. There is an engagement with the interiority of the domestic space that is a motif for the interior lives of the characters themselves (and perhaps also a reflection on the diasporic artist's insulation from the present of the homeland, a space/place of memory and re-creation).
When thinking about the films from the point of view of a practitioner, I realised that I was most interested in the choices made by the writer-director. These choices not only pertain to detail and colour, both being aspects that Mehta is admittedly pedantic about. They are also macro choices - Why is the set constructed in a particular city? How is the set put together? What is the vision of the production designer? How does the cinematographer translate this vision? I realised that my documentary is also set in a range of domestic spaces, and I made this decision as I wanted the home of the interviewee to be entwined with the content of our conversation. These choices are crucial to the fabric of the films in question, and an analysis of the same fits in with the essence of my thesis argument. What is this essence? That diasporic creativity is not deterritorialised, but reterritorialised. In other words, a diasporic artistic practice like film is made and re-made at every stage of its conception and production, and viewed and re-viewed in each new socio-economic context. A consideration of both the global and local spaces of meaning-making is significant to a holistic understanding of diasporic creative impulses and pratices. And a consideration of diasporic creativity in turn is intergral to comprehending a world whose cultural and economic capital no longer adhere to east-west distinctions.
Posted by Sukhmani Khorana at 20:45 No comments: 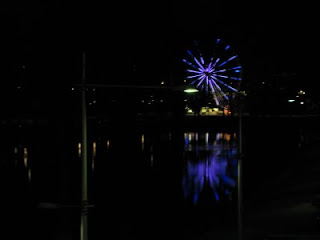 I haven't written on my blog in a while because of a combination of reasons - I have had no time to write, and no will to create this time. The last couple of weeks have been emotionally and physically exhausting, but also rewarding in a curious way that I can't quite articulate yet. It has been a time when decisions were made and altered from one moment to the next. I would like to think that I exercised my own free will in arriving at and living through these decisions, albeit my free will decided it wanted to freewheel.
The wheel is still rolling, but I'm ready to reflect on its movement. There may be a pattern of sorts and even a particluar colour at certain times. However, I wonder if it is the norm for this wheel to roll, for my will to waver, for my decisions to appear indecisive. Thankfully, women around the world, as Jennifer Fox's brilliant documentary Flying explores, are riddled with choices that are not necessarilly freeing. Fox herself flees from her mother and grandmother, only to find her life is revolving around the poles that are a series of men. She chooses one in the end, and also makes peace with the matriarchal figures. But is she a free woman?
Am I a free woman? The choice I'm making now is, on the surface, more confining that freeing. Scratching the surface, however, I feel it will eventually enable me to freewheel, fly and flout with greater aplomb. I also want to capture this newfound freedom in my documentary. Perhaps film a Skype conversation with my parents, or other moments of difficulty. There is poetry in difficulty. The paisley cannot be contained any longer. It will double over. It's shadow will end the film. This shadow will journey too.
Posted by Sukhmani Khorana at 01:36 No comments: