Why the Young can't be won over with just Twitter! 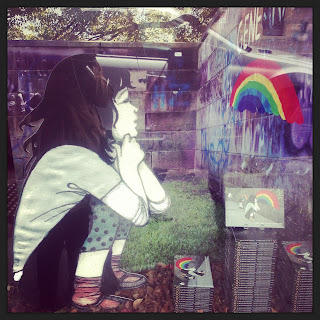 When I found out recently that Tim Soutphommasane, leading political philosopher and academic, and recently appointed Race Discrimination Commissioner is only a year older than me, I heaved a giant sigh of Gen Y relief. For, you see, I always felt apologetic in certain intellectual circles about claiming this generational label, as though it would somehow diminish my credibility as a thinker and researcher. If Soutphommasane, arguably one of the leading philosophers (with a public and media profile) in Australia today, happened to be born after 1980, I could also come out of the generational closet, and celebrate its gifts with my students and peers.

At the beginning of this year, I began convening a course titled, 'Digital Dissent', an elective in the Bachelor of Communication and Media program at the University of Wollongong. After a two year break from teaching, and with plenty of exposure to media stories on youth disengagement from politics, I was both nervous and excited about introducing political theories of dissent in the very first lecture. As the course unfolded, I was pleasantly surprised with most of my students' growing interest in socio-political movements in distant parts of the world, as well as in their ability to take a balanced view when examining the role of digital technologies in facilitating these movements.

I am by no means suggesting that a class of engaged university students is representative of the entire youth demographic in contemporary Australia. However, it is indicative of the potential for meaningful political exchange in future generations of leaders. According to a paper published by researchers Anita Harris, Johanna Wynn and Salem Younes in 2010 on 'ordinary' young people and contemporary forms of political participation, many young people are disenchanted with current political structures that do not recognise their needs and interests. At the same time, they are not politically apathetic and use a range of means (including social media) to talk back. The emerging popularity of 'memes' and 'remix' culture is also indicative of alternative forms of political engagement.

Perhaps it is for all of the above reasons that Prime Minister Kevin Rudd has decided to recruit three veteran members of the Obama campaigning team. The latter campaign has now been enshrined in media and political history for making revolutionary use of social media and digital algorithms for winning grassroots and youth support for Barack Obama in 2008. The question remains - will this strategic move translate well in the Australian context?

Young people in Australia today may be bigger users of social media than their older counterparts, but simply having a presence on Facebook, Twitter, and YouTube won't necessarily guarantee electoral popularity with this bunch. On the one hand, they are a diverse group, and on the other, they are more likely to be swayed by cause-based rather than ideology-based politics. No one has commissioned an opinion poll yet on how popular  Rudd's PNG solution is with the under 35s, and that is possibly because the pollsters care more about Western Sydney, John Laws' radio listeners, and working families.

Many of my students aspire for careers in the media, but are aware that jobs in general, and cadetships in particular are in sharp decline. If the major media corporations do not invest in training young people, they are as culpable for youth disengagement from traditional politics as political parties and strategists. And if we do not hear a variety of generational perspectives in our media, we cannot look beyond the superficial connotations of hipsters, onesies and selfies. A program like 'Shitsville Express' on ABC2 is a step in the right direction, but recruiting young ones with definite political affiliations won't connect with most young people in the audience.

More publicity needs to be given to existent grassroots initiatives started by the youth on a range of social, cultural and environmental issues. An example of this is the UoW Feminist Society, started by undergraduates in response to the nationwide culling of the gender studies major. The society ran a series of free school talks last semester, and I was gratified to have an audience much bigger (and also quite a bit younger) than that for a regular academic conference paper. I think these are excellent recruits for the forthcoming vanguard of politics, journalism, and academia.

Posted by Sukhmani Khorana at 13:26 No comments: