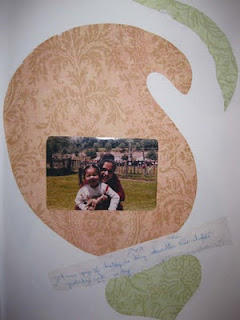 I Journey Like a Paisley
Posted by Sukhmani Khorana at 00:47 No comments: 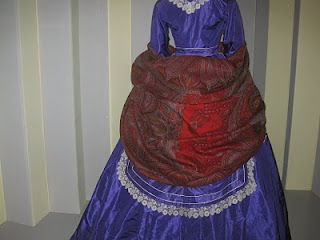 I accidentally saw one of my favourite authors, Chilean-born Isabel Allende, being interviewed by Andrew Denton on the ABC tonight. It reminded me of another time - two years ago, on the last day of my Indian holiday, I spotted author-activist Arundhati Roy at a restaurant in New Delhi.
It was a time when I was wondering about the intersection of life and career choices, about the entangling of emotional and creative selves. What have I been sent on this earth to do? There was no better cliche to frame my dilemma. In the lead up to this day, I was also beginning to realise I could not live without imagining, without writing, without capturing the essence of life in the poetics of word and image. However, having completed umpteen courses in film and literature, researched numerous literary geniuses and arrived at the mid-point of my own PhD in a state of spiritual melancholy, I feared that the creative path was lined with bricks that were carved out of a beautiful stone, albeit so finely that they became sharp and painful. Roy's appearance therefore seemed like a sign - I could be a writer (not one living in an ivory tower, but politically and socially engaged), and yet be able to enjoy a plate of dosa with loved ones.
Now that my doctoral project is making a line for the printers, similar questions about the creative impulse and its place in a potentially academic future are arising. Other thoughts surface and my soon-to-be-postdoctoral self dismisses them. They concern aesthetics, and crossovers. Can I wear purple nail paint to class? What if I pen a memoir about my love life? Will the academy still take me seriously? As I ponder over these questions, 67-year old Allende, wearing make-up, gold and a devil-may-care attitude, flashes on the television screen. She is a woman who has seen wars, military coups, the death of her young daughter, and countess other personal and social upheavals. She says when her daughter died, she lost her fear of death; and when her granddaughter was born, she lost her fear of life. Allende is often criticised by Chilean intellectuals for being too prolific a writer, and being adored by the masses.
Who would mind such criticism? Not the writer in me who is trying to be an academic. Not the academic in me who wants to cross over to the mainstream. Whichever role I choose, or life chooses for me, I know that it will be modelled on a love of engaged and engaging writing. It will be its own role model.
Posted by Sukhmani Khorana at 01:06 2 comments: