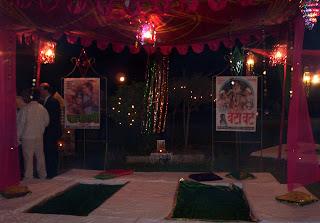 My head was hurting from the spirits of the night before and my body felt trapped in the closed-windowed confines of Knapman House, an old but functional building donated to the Royal Society for the Blind in the heart of Adelaide city. Needless to say, I was the only “young person” amongst the fifteen or so volunteers gathered to undergo a full Saturday of training to work with visually-impaired clients. Can I add I was also the only Indian, or should I be accustomed to that qualification by now, and only relegate it to the status of a footnote in my mind? After all, I was the only Indian in my Bachelor of Media graduating class, the only Indian working at the local supermarket and also possibly the only Indian queuing for one of the screenings at the Adelaide Film Festival. Although the ethnic composition of the population has changed dramatically since my arrival in Adelaide in 2003, one is still more likely to find people of South Asian descent congregating in the comforting vicinity of medical/engineering schools, Indian restaurants and Bhangra clubs. Aware of these stereotypes and exhausted with four years of attempting to dispel them, I made no conversational endeavours during the lunch break at the training session. Until a woman who appeared to be in her late 50s or early 60s approached me and began chatting about her work as a former school counselor. I was fascinated by her transition to volunteering and she seemed curious about my interest in social work “at such a prime age”. Citing the busy work and study routine during my undergraduate days as the reason for my inability to do something of this nature before, I then commenced talking about my current project, what I carefully refer to as a “PhD in Film” as soon as I step outside my University gates. A surprisingly sophisticated discussion of contemporary Hollywood, Australian and international film ensued. And yes, she had seen Water, even enjoyed it. Perhaps I had my own stereotypes to dispel.

Posted by Sukhmani Khorana at 11:22