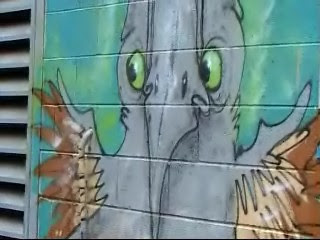 Made by British-Asian Parmar in 1993, this documentary is a conversation with novelist Alice Walker regarding genital mutilation in Senegal, interspersed with sub-titled comments from Senegalese women and a dance performance that evokes the pain suffered during this traditional albeit brutal procedure. Is this culture? Walker opines that it is a custom, which is not the same as excision being culturally validated. Coming from a cultural studies perspective that views all ways of life, and not just high art as 'culture', I have a mixed response to the distinction made by Walker.
However, academic rhetoric aside, the sheer inhumanity of this practice would make ordinary people everywhere shudder. Then again, are we, in the west, all that free from indulging in forced or voluntary 'mutilations' of the female body to fit into a hegemonic model of feminine sexuality? Personally, experiences of being groped and pinched as an adolescent in India made me so self-conscious of being a member of the 'weaker sex' that accentuating my assets was out of the question. This film made me wonder whether these rather ubiquitous forms of abuse, just as the thorns-sealed private parts of the Senegalese girls and the decapitated eye of Alice Walker had left a mark on me. Had they made me over-sensitive to male contact and patriarchal traditions, but underestimating of my own physical and emotional worth? I reminisced of the time when one of these stories came out in the presence of a guy I liked and he referred to me as 'you poor thing'. I wasn't offended, but was possessed with an overwhelming urge to change the subsequent stories of my life, to make sure I always kept my self-esteem intact and imparted the same message to my female friends. Again, following Walker, I would like to think of myself as a survivor rather than as a victim...to transform these wounds on my psyche into 'warrior marks'.
Posted by Sukhmani Khorana at 19:37